Oi you’re too fat lose it, or get your benefits stop

This is so rich coming from David Cameron he wants to carry out a review people who are overweight and drug problems or face losing your benefit. How out of touch he and his party are.

Well the Tories have opened up a can of worms by out doing themselves. Let’s take a look at some of the issues surrounding obesity such as medical conditions which cause a person to gain some weight this incorporates in some form of disability which does affect their social mobility to do very simple tasks.

Nobody likes to be obese and they have done all they can to help combat their obesity like doing light exercise. 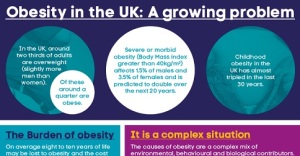 Oh let’s not forget that some people are on the waiting list of the NHS to have an operation to lose weight.  Instead they (Coalition) should continue investigating the root causes of the obesity such as looking into cheap foods which contains fatty ingredients such as sugars, and salts. The last Labour Government did do some programmes to address the concerns during their time in government. How convenient the Tories forgot to mention it’s little wonder they want to stop welfare to the poorest in our society. This nothing short of a political gimmick to gain support to gain votes. This is not the way forward as it rubs people up the wrong way.

I have to concur with the Shadow Disable Minister Kate Green sentiments “David Cameron’s government has strip back funding for drug support programmes their work programme has just helped just 7% of people back to work so it is clear the Tory plan isn’t working. 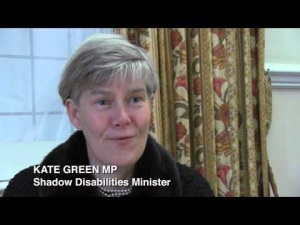 The programme does nothing to help people off benefits and into work while the government continues to fail to clampdown on tax avoiders and offshore tax havens”.

There is no easy way to say it David Cameron promotes the “Big Society” and “We’re All In It Together” what he really mean is “We’ve In Our Necks In It Together” and there is one law for the rich and another for the poor. By kicking the poorest who are on various welfare benefits which opens up another Pandora box of the 1980s which drove up unemployment under Thatcher’s watch as she encouraged people to go in the dole as coal mines, industries and manufacturing were closed down by the Conservatives.

I really have to wonder on the otherside of the coin the hidden agenda is to gearing up for people onto the universal credit benefits in which I would say that one size does not fit all. What may work for me on universal credit may not work for Job Blog in this sense. 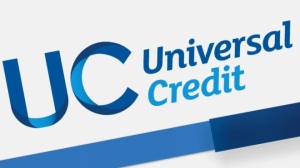 The sad thing about this coalition is they are sounding like a bailiff company who likes to use threatening force to bully those most vulnerable in our society to force them back into employment when there is so few jobs available in the market today.

It’s little wonder that David Cameron sees the wide ranging welfare reforms introduced in this Parliament as part of a “moral mission”.

He also knows taxpayers who fund the welfare state like policies which ensure benefits only go to those who need them. 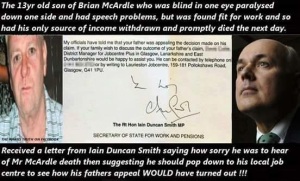 So despite criticism of what some see as an increasingly punitive benefits regime, the Conservatives are floating a new suggestion possible sanctions for those claimants who refuse help to overcome treatable conditions.

On the same day, during a speech in Wales, Labour’s leader will pledge to continue his attack on tax avoidance.

So David Cameron runs the risk of being seen as someone wanting to crack down on some of society’s most vulnerable, while Ed Miliband targets the wealthiest.

We all moan, we do nothing, we just sit on our sofas instead of doing our civil duty to register to vote but instead we are perfectly happy to see a right-wing party to get in by the backdoor.  Do your civic duty to put an end to this on 7 May by turning up to the polling station and use your vote.

3 responses to “Oi you’re too fat lose it, or get your benefits stop”

This site uses Akismet to reduce spam. Learn how your comment data is processed.