Tory Peer: AV Will ‘Give Power To Fascists’

Ed Miliband has said reforming Britain’s voting system would benefit “progressive politics”. The Labour leader joined politicians from others parties to give his backing to the alternative vote (AV) campaign. Those who took to the ‘Yes’ platform with Mr Miliband … Continue reading →

Prime Minister’s Questions started with a congratulations to Ed Miliband – and ended with David Cameron telling Ed Balls to “shut up and listen to the answer”. The Labour leader earlier revealed he and long-time partner Justine Thornton are to … Continue reading →

Baroness: Reclaim Our Streets From Thugs

Communities champion Baroness Newlove has called on members of the public to “reclaim their streets” in the fight against anti-social behaviour. The widow of murdered father-of-three Garry Newlove said she wanted a new approach to neighbourhood crime that saw local … Continue reading →

Miliband has vowed the biggest shake-up in the way the Labour Party is run since it was founded in 1918 in an effort to halt declining membership. 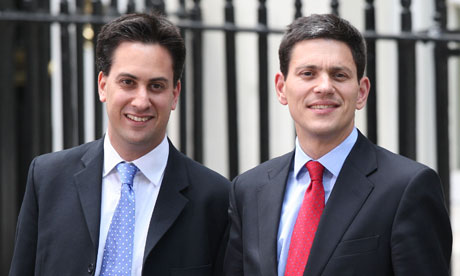 The Labour leader wants to give the public a formal role in policy formation – and allow them to become “registered supporters” free of charge.

It has been interpreted by some as a move to dilute union influence.

But Mr Miliband says drastic action is needed to halt the slide in participation affecting all parties.

The aim of the “Refounding Labour” project, headed by shadow cabinet member Peter Hain, is to transform Labour into a more outward-looking organisation.

Mr Hain said: “It is imperative we use this period of Opposition to leapfrog the other parties by refounding our own, so that Labour emerges refreshed and reinvigorated.

“Fewer voters are wedded to one particular party these days.

In his bleak assessment of Labour’s future, Peter Hain warns that many local parties are moribund.

Activists feel disengaged and disillusioned, the membership is elderly, in some areas of the country the party “barely functions”.

The number of affiliated union members has fallen significantly and the party’s structures have hardly changed since the First World War.

Individuals would be able to become a supporter – and have a say in leadership elections and policy – for just £1.

The move is in part designed to counter a long term collapse in membership.

But it is likely to be controversial, particularly among unions who may fear a diminution in their influence.

“Just as politics has become more global it has also become more local. So what matters more than ever is how Labour engages with people in their neighbourhoods on local issues.”

Party membership has been in decline across Europe for decades and the UK now has one of the lowest rates of membership among other established democracies with 1.5% saying they belonged to a party in 2001.

Labour Party members will hold consultation meetings in May, with rule changes to be considered first by the party’s National Executive and then its annual conference in September.

The Lib Dems and Conservatives have also been experimenting with ways to boost membership and reach out to non-aligned voters, including open primaries to select candidates and cut-price membership schemes.

It says “the challenge now is to find ways of involving still more of our supporters in future elections”, including the possibility of allowing registered supporters to vote.

Before I go into this article I would like to say that the police do a lot of intelligence gathering to combat crimes who remembers all the well publish demonstrations that took place in the UK such as Coal Miners, … Continue reading →

“David Cameron, this is the big society.” Friends, we come here today from all walks of life, from all backgrounds, from all generations. Men, women and children with one simple message for this country and this government: there is an … Continue reading →